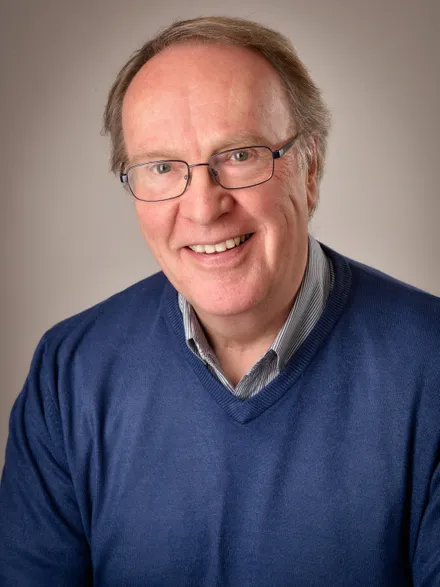 Dowsing involves searching, with the aid of simple handheld tools or instruments, for that which is otherwise hidden from view or knowledge. It is commonly known by most people in association with searching for underground water, but it can also be used to detect detrimental earth energies caused by the presence of flowing underground water.

There are many places on the surface of the Earth where these energies occur. These places are said to be Geopathically Stressed.

Geopathic Stress (GS) can adversely affect the health of those who live and work in homes and businesses that are affected by it. Spending long periods of time in an area that is geopathically stressed, particularly in your bed, can be a contributory factor in the incidence of chronic ill health.

One of the main effects of GS is that it prevents therapies from working in the way that they are intended. This inhibits the expected healing improvements.

Even at low levels, exposure to GS can mean restless sleep, insomnia, fatigue and headaches or migraines but more serious consequences can include arthritis, rheumatism, multiple sclerosis and cancer. Many illnesses can be said to be location specific and when people have been away from home their condition may improve but reverts on their return. Cancer has been referred to as “a disease of location”.

Peter has been working with and researching the incidence and treatment of GS for more than 20 years and has developed many different techniques for the successful treatment of this detrimental energy both on site and remotely in locations all over the world.

His main diagnostic technique is through dowsing and he is on the Professional Register of the British Society of Dowsers and has been a Registered Tutor with them for many years.

His work also includes the harmonisation of other detrimental energies such as those emanating from electrical appliances and circuits, mobile phone signals and microwaves, the energy of predecessors in our living and working spaces and the problems caused by “uninvited guests”.

If you would like to learn about dowsing Peter offers one-to-one tuition. If you feel that your home or business may be affected by detrimental energies please contact Peter who offers a free, no obligation dowsing analysis of your own premises over the phone and can advise a suitable course of action.

The Earth has a natural rate of vibration. This was measured back in the 1950’s by Professor W O Schumann of the University of Munich as 7.83hz which is approximately the same rate of vibration experienced within our own brains when they are in what is called an alpha (resting) state. It is no surprise therefore that we, as human beings, are very comfortable living on planet Earth as we resonate at the same frequency as the Earth itself.

In the early days of space travel astronauts complained of sickness both on their flights and immediately they returned. This was a puzzle to space scientists who went through all the possible causes – G forces, weightlessness, day/night patterns interrupted etc. It was eventually discovered that the sickness was caused by the astronauts having been removed from the beneficial effect of living on the surface of the Earth and its natural resonant field. Every space vehicle now has built into it something called a Schumann Resonator, which replicates the Earth’s vibratory rate of 7.83hz and astronauts can now stay in space for extended periods without feeling the sickness that was experienced by the early space pioneers.

Professor R Wever from the Max Plank Institute of Behavioural Physiology in Erling-Andechs built an underground bunker which completely screened out the natural Earth frequencies and volunteers who were placed in this hermetically sealed environment suffered emotional distress and migraine headaches and their circadian rhythms diverged. After a brief exposure to 7.83hz (the very frequency that had been screened out), the volunteers’ health stabilised.

A logical conclusion could be that we cannot be healthy if disconnected from what is a natural biological frequency.

The same conclusion could be reached if we are exposed to a frequency that is not in the range of the Schumann waves and there are many places on the surface of the Earth where this natural frequency has become distorted. These places are said to be Geopathically Stressed.

The respected Austrian researcher Kathe Bachler surveyed over 3,000 school children and showed 95% of children with learning difficulties, hyperactive tendencies or continuous bad behaviour, either slept or had their school desks (or both) in locations with marked Geopathic Stress (GS). When she moved the children into stress free places, they nearly all showed a marked improvement, often going from the bottom of the class to the top in one term. She concluded that GS affects a high proportion of children who continuously play truant or who are refused places in ordinary schools due to misbehaviour. Class teachers in schools suffering from GS have a high rate of absenteeism.

It seems that where there is a movement of primary water underground, this movement causes the Earth’s natural vibration to change to a frequency that is detrimental to us as human beings. The distortion manifests itself at the surface directly over the flow of the underground water or stream and the distortion travels upwards so that its effect is still apparent in even the tallest buildings.

These distortions can be tracked through dowsing in approximately straight lines over short distances which can vary both in width, from 50 centimetres to 1.5 to 2 metres, and in strength.

Our bodies are kept in a healthy condition through the wonderful work done by our immune system that can be likened to a compost bucket into which we deposit all the things that could cause us to be ill. Some people have large immune system “buckets” and others, not so large. It is when the bucket starts to overflow that we start to feel sick.

GS affects us in different ways; each of our bodies is either more or less susceptible to this detrimental energy. At low levels, exposure to GS can mean restless sleep, insomnia, fatigue and headaches or migraines but more serious consequences can include arthritis, rheumatism, multiple sclerosis and cancer. Many illnesses can be said to be location specific. When people have been away from home their condition may improve but reverts on their return home. People may not want to go home or to bed and therefore find excuses not to. They may be resistant to treatment either holistic or orthodox. Many hospital nurses talk of some beds having a reputation of patients in them having more difficulty in recovering or where the death rate is higher. Cancer has been referred to as “a disease of location”